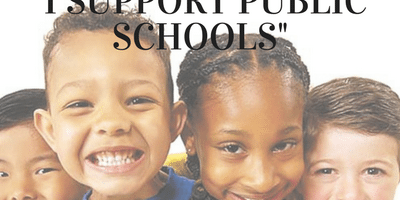 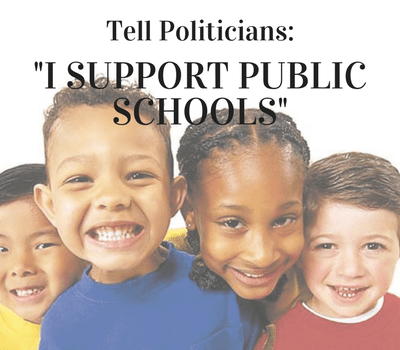 Late Friday, House Speaker Richard Corcoran and Senate President Negron held a meeting to reveal a plan they devised behind closed doors that effectively tied the testing and recess bill to a devastating budget. According to the Miami Herald:

At the insistence of House Speaker Richard Corcoran, numerous major changes to education policy for Florida’s K-12 public schools — from teacher bonuses and daily recess, to testing reforms and expansions for charter schools — were crammed into a single mammoth bill on Friday, with $414 million in spending attached.

All of the policies in the the 278-page bill (HB 7069) will pass or fail as one on Monday, when lawmakers vote on the annual budget.

No changes can be made to the bill. House and Senate members have less than two days to make sense of it before they must cast an up-or-down vote.

If lawmakers’ pass it, the bill ties the hand of Republican Gov. Rick Scott. Should he want to veto the bill, he would be politically responsible for shooting down every policy in it — particularly the parent-demanded daily recess measure.

Corcoran told reporters it wasn’t political strategy to link all of the policies together, but he showed his cards a week ago when he tweeted after midnight Saturday that “the problem with recess is the governor not the Legislature.” (He pointed out Friday that that tweet ended up being true and was simply “just a week early.”)

In spite of many promises that this session would be transparent and that there would be ample time for debate, this bill was written in private and released just minutes before the announcement of the joint meeting. Leadership put politics ahead of the democratic process.

But the sheer size and scope of the new version of HB 7069 caught many lawmakers by surprise — even those closely involved in negotiating the compromise between both parties and both chambers.

Several senators, in particular, were troubled by the process and said the bill wouldn’t automatically have their support.

“I’ve yet to read it to see what the final terms of it are,” said Altamonte Springs Republican Sen. David Simmons, who as pre-K-12 education budget chairman helped craft the compromise bill. “I don’t agree with the process of having this significant amount of policy in a conforming policy.

“It’s something that, I think, lends itself to problems and it restricts the ability of the senators to be able to change things that they would like to change, to fine-tune the policy,” Simmons said.

Many groups including the Alliance are calling for the legislature to vote no on the budget and conforming bill. The budget cuts the Base Student Allocation in a year of economic growth which is unprecedented. It also sends 50% of capital improvement dollars (from PECO funds) to charter schools which make up just 11% of the total schools in Florida while 89% public schools split the rest to cover repair, maintenance and new construction to handle growth. According to the Tampa Bay Times Editorial Board, the Florida Legislature owes Floridians some apologies for putting politics over children.

Florida’s students and their public schools need your help. Take less than 30 second and call then email your Senator and Representative. Urge them to make Florida’s kids a priority.