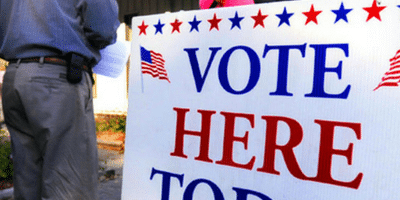 Over 1.9 million Florida primary voters had already voted before polls opened on Election Day. Election supervisors are predicting an increase over the last midterm primary election held in 2014.

According to the Tampa Bay Times, Republican voters have had more vote-by-mail ballots returned than Democrats.

Even before polls opened on election day, Democratic primary turnout is already 69.5 percent higher this year than it was four years ago. Through Monday, 841,000 Democrats had voted, compared to 496,000 in the 2014 primary.

Despite the surge, there are still more unreturned vote-by-mail ballots (1.32 million) than returned (1.27 million), but that margin continues to narrow.

School board seats across the state are on the ballot. These non-partisan races require a 50% + 1 in order to lock down a win in August. Many will go to a runoff election in November. A few districts like Orange and Marion, have local referenda for schools on the ballot, as well. These funds will pay for everything from construction and repairs to operational costs like teacher salaries and important academic programs.

We will be watching the returns from across the state and will update the blog with important election news tomorrow.

If you haven’t voted yet- please vote for kids and schools today. Polls close at 7 p.m. Find your polling place here.