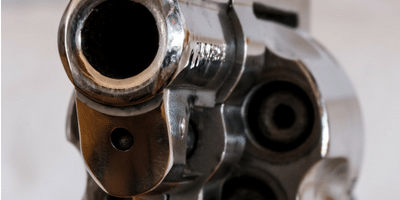 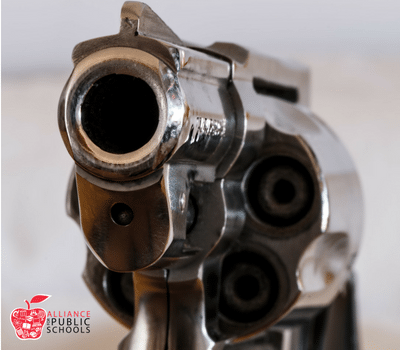 According to the Washington Post, sources inside the U.S. Department of Education say Secretary Betsy DeVos is considering allowing federal funds to buy guns for schools.

Two people said the question being contemplated inside the department is whether states are allowed to use money available through Student Support and Academic Enrichment grants to buy firearms. Unlike other federal grants, this one does not expressly prohibit such purchases.

The issue was initially raised by officials from Texas and Oklahoma, a department official said.

This grant program is supposed to be used by states to improve student academic achievement. Grant amounts fluctuate depending on annual appropriations but could equal millions of dollars for states each year.

The conversation was sparked because the federal law that created the grants includes few constraints, the people familiar with the matter said. “Congress wrote a vague law and everyone is trying to figure out what it means,” one person said, adding that Congress should clarify its intentions and bar such purchases if it does not want to allow them.

The person added that it is possible DeVos would take no action on this matter — not expressly permitting it nor advising against it. In that case, a state could try to force her hand by using its grant money for gun purchases and seeing if the department tries to block it.

Many groups have already spoken out against this proposal including the National PTA and the National Association of Secondary School Principals. Senator Chris Murphy, active on gun safety issues since the massacre at Sandy Hook, has pledged to introduce an amendment to a spending bill to block the idea.

Please sign up to stay informed of issues impacting children, teachers and public schools. Make sure you are registered to vote and be ready to vote for kids August 28th and November 6th.