Florida risks $1.1 billion due to lack of federal ESSA plan 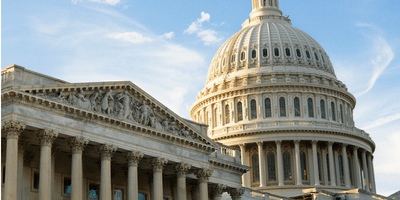 The Every Student Succeeds Act (ESSA) was passed by Congress in the fall of 2015. It was a rare piece of major federal legislation that was truly a bipartisan effort- co-authored by a Republican and a Democrat. This law replaced No Child Left Behind and governs the federal role in public education primarily for elementary and secondary education. Currently, Florida is the ONLY state that does not have a compliance plan in place putting $1.1 billion in federal funding at risk.

Teachers, parents and civil rights groups fought long and hard on behalf of students to change the toxic education environment created under No Child Left Behind. The test and punish method of schooling was widely rejected and ESSA removed much of the federal control over how states must use standardized testing. Now, teachers and parents are being denied hard won changes by state bureaucrats attempting to maintain the status quo.

The federal law has several new requirements that states must follow. These requirements include things that Florida currently does not do including tracking additional subgroups of students, reporting proficiency scores of English-language learners and giving state assessments in certain students’ native languages. States were required to submit their ESSA plans to include the new requirements to the Department of Education for approval over a year ago. Florida’s Commissioner of Education Pam Stewart has made numerous attempts over the past 13 months to skirt the new regulations resulting in our state being the only one in the nation with no plan.

According to Education Week Magazine:

What’s most worrisome, local advocates say, is there was little mention of the letter at the most recent state board of education meeting. Local civil rights advocates have said the state has authored its ESSA plan mostly in the dark, devoid of public input.  That’s led to a scramble in recent weeks by advocates and district officials to figure out what’s happening behind closed doors.

ESSA emphasizes the importance of engaging educators and parents and other states developed their plans after collecting meaningful, public input. Many states’ stakeholder groups and working groups have been assembled, taking part in the initial development of state plans and continued work on achieving state education goals. Florida faces the beginning of a school year with no ESSA working group and no plan.

To keep up with this and other issues impacting students, teachers and public schools, add your name to our list. Become a public education advocate: