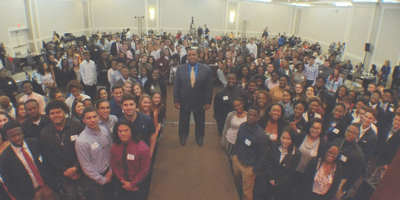 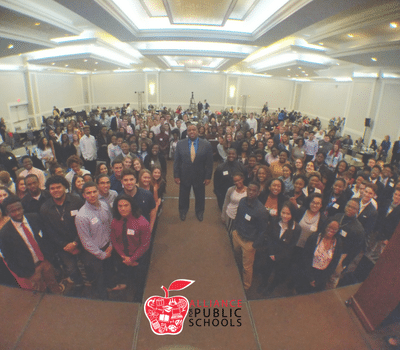 Graduation rates in Florida and the Tampa Bay area continued their steady rise last year, with three local school districts surpassing the state average and all four of them reporting rates over 80 percent.

Florida’s overall graduation rate increased 1.6 percentage points to a new high of 82.3 percent. Among the local districts, Hillsborough County saw the largest jump in its rate, up 3.8 points to 82.9 percent.

The new numbers also show that the gap between white and minority students in Hillsborough narrowed by about 2 percentage points over the previous year. The graduation rate is now 74.4 percent for black students and 79.9 percent for Hispanic students, compared to 88.7 percent for white students.

Shortly after he was named Hillsborough superintendent in 2015, Jeff Eakins pledged to reach a 90 percent graduation rate by the year 2020, saying he wanted a goal people that would make people laugh.

Now, he says, the district is more than on track to reach that mark as the graduation rate has climbed nearly 10 points since 2014.

“We definitely had a good feeling all throughout last year that we were going to see a jump,” Eakins said Wednesday. “When I was shaking hands (at graduation), I felt like I shook a lot more hands this year.”

Graduation rates were especially dramatic at schools where Student Alliance groups were involved in the effort to increase the number of students achieving diplomas.

Some of the school-by-school numbers in Hillsborough were especially dramatic. Armwood High increased its graduation rate by 13.2 percentage points over the previous year. Middleton High, now at 80.5, has seen an increase of 32.6 points in the last five years. Leto High improved nearly 10 points in one year with a 2017 rate of 85 percent, and nearly 19 points over the last five years.

Hillsborough is now tied with Pinellas County, which increased 2.8 percentage points, for the highest graduation rate among local school systems.

Pinellas has been focused on raising its rate among black students and closing the achievement gap. The rate for the district’s for black students increased 3.8 percentage points to 69.3 percent, beating Pinellas’ target 69.1 percent for 2017.

High school graduates improve the economy and earn an average of $8,000 more per year than dropouts, have lower unemployment rates, longer life spans, and much lower incarceration rates. We are so proud of the work these students continue to do to ensure more kids achieve a diploma and to improve the quality of life in the Tampa Bay region.

Sign up to stay informed about the Student Alliance and other important education issues.