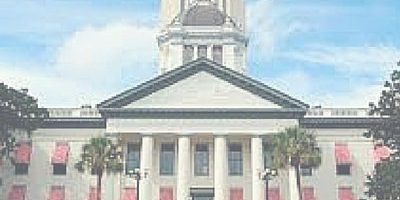 A budget proposal that is advancing in the Legislature would make next year’s funding for Florida’s public schools contingent on the passage of Republican House Speaker Richard Corcoran’s chief education priority: a new voucher directing taxpayer dollars to private schools.

The House Appropriations Committee on Wednesday adopted a spending plan that would allocate about $8.3 billion in state funding for public schools only if an already-controversial omnibus education bill becomes law.

The legislation is House Bill 7055, which was unveiled last week and ballooned to nearly 200 pages when it was also passed by the House budget committee on Wednesday. The legislation includes Corcoran’s main stated priority for the 2018 session, the so-called “hope scholarship, which is a new voucher that would allow bullied students to attend private schools using public dollars. It also includes an especially controversial provision threatening the existence of teachers’ unions.

A spokesman for Corcoran said it was an exaggeration to say public schools wouldn’t be funded without the bill’s passage — because, in that case, lawmakers would give budget negotiations another try.

If House Bill 7055 did not become law, “we would just go back to the drawing board,” said Fred Piccolo, Corcoran’s communications director.

He said Corcoran believes strongly in both the “hope scholarship” and his main priority last year, a law called “schools of hope” that aims to attract charter schools into areas with failing traditional public schools.

“We’ll do all we can to make sure that they’re a reality for kids across Florida,” Piccolo said.

The language linking House Bill 7055 to the primary source of state education funding appears as what’s called  “proviso” in the House’s main budget bill, the General Appropriations Act (read page 21 here). “Proviso” language is meant to be technical in nature, used to explain how funding should be spent if more detail is necessary than what’s delineated in line items. But lawmakers often write sensitive policy changes into “proviso” that sometimes go unnoticed.

It appears that Corcoran, a Land O’Lakes Republican, is hoping to make House Bill 7055 veto-proof. If the proposed language is included in the final appropriations bill, House Bill 7055 would have to be passed by the full Legislature and signed into law by Republican Gov. Rick Scott in order for public school funding to be released.

Both Corcoran and Scott are expected to announce runs for statewide office after the legislative session, which is scheduled to end March 9 — in Corcoran’s case, for governor, and in Scott’s, for U.S. Senate. The two leaders, who have had a tumultuous relationship in the past, would likely want to avoid further delaying their campaigns ahead of the November races with the messiness of a potential special session.

Last year, Scott vetoed parts of the state budget and sent lawmakers back to Tallahassee for a special session. He waited until after they had crafted a new budget more aligned to his priorities before acting on two major education bills that were linked to the spending plan in the same way House Bill 7055 would be.

Tying House Bill 7055 to the budget, as Corcoran plans to do, would make it more difficult to amend or oppose. Once the final bill came up for a vote on the Senate or House floor, lawmakers would no longer be able to propose changes to it. And if they voted it down, lawmakers would likely tank whatever sensitive budget deal had been negotiated by legislative leaders, risking an extended or special session during an election year for legislators as well as statewide officers.

Ultimately, last year, Scott approved Corcoran’s priority House Bill 7069 and vetoed a major higher education bill favored by Republican Senate President Joe Negron. But it could have gone the other way. And it looks like Corcoran doesn’t want to take the risk of passing a budget that funds public schools without guaranteeing he’ll get his boost for private-school vouchers as well.

Piccolo said he expects the state budget to come together “within the normal time frame.”

“I don’t think anybody is anticipating what happened last year,” Piccolo said. “There is still a lot of good will here.”

Scott’s spokeswoman said he would review the budget when it was sent to his desk.

Kids need us to speak up for them. Florida must invest in its children to be successful. Take action today.