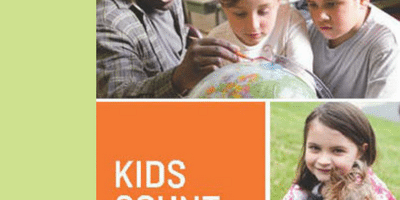 Kids Count 2017, the annual study by the Annie E. Casey Foundation, found that Florida’s children experienced an overall decline in economic well-being. According to the Sarasota Herald-Tribune:

Florida children are falling behind in economic well-being, but enjoyed gains in health, maintaining the state’s rank of 40th out of the 50 states in the latest Kids Count annual report from the Annie E. Casey Foundation.

The foundation is the nation’s leading research nonprofit tracking the health and well-being of children and families. Its annual report, now in its 17th year, provides a child and family-focused analysis of U.S. Census data and economic indicators for all 50 states and the District of Columbia.

The 2017 report relies on 2015 data, the most recent available information from the Census Bureau and focuses on key trends in child well-being in four domains: economic well-being, education, health, and family and community.

Although national numbers point to a slight economic improvement compared with the 2016 report, families still have not recovered from the Great Recession. About 21 percent of children live in poverty and one in three children live in families in which no member of the household has steady, year-round employment.

While national trends indicate that children overall are improving in economic well-being, Florida’s kids lag behind other states with an overall economic rank of 45, compared to 44 last year.

The report cites a historic low of uninsured children, at 5 percent. Likewise, just 7 percent of Florida kids are uninsured, down from 9 percent in 2014. Florida ranked 44th in terms of overall child health, compared to 47th in the previous annual report.

“My hope is that the report will highlight the gains we’ve made in health insurance which is endangered. We know that health insurance benefits kids for a lifetime, and without that piece, kids are at risk of falling back on a number of other indicators,” said Norin Dollard, research assistant professor and co-director of the foundation’s Florida KIDS COUNT project at the University of South Florida.

Overall, the report reveals a difficult life for millions of Florida families.

While a greater percentage of Florida children live in poverty than the national average — 23 percent compared with 21 percent, respectively — Florida spends less per child on education and health than the national average. Nationwide, the average per-child spending on education was $10,700 per child per year in 2013, according to the Census Bureau, while in Florida, the state spent $8,433 that same year.

Although the national unemployment rate has improved, many wages aren’t sufficient to pull families out of poverty, Dollard said.

“Many of the new jobs are in the service sector and don’t answer the basic costs of raising a family,” he said.

Despite overall gains in health care coverage, gaps in health care expenditures for low-income children persist — Florida’s Medicaid program spent $1,816 per child in 2014, compared with the national average of $2,602, according to the Kaiser Family Foundation. States that expanded the Medicaid program, like Vermont and Massachusetts, enjoyed the country’s lowest rates of uninsured children.

The number of US children living in high poverty areas increased compared to 2008 data. In Florida, nearly one in four children lived in a family earning lower than the federal poverty level, roughly $23,811 for a family with two adults and two children. Those rates were consistently higher in African-American and Latino families, nationally and statewide.

While Florida children struggled with poverty, the state performed better in education indicators than other states.

Overall, the state ranked 31st out of 50 states and Washington, D.C. in education indicators, but reading proficiency rates remain bleak.

“Children who fail to read proficiently by the end of third grade are more likely to drop out of high school, reducing their earning potential and chances for long-term success,” the report stated.

Florida is one of 41 states that offers free, universal pre-kindergarten, and 77 percent of 4 year-olds are enrolled, according to the Early Learning Coalition. In the future, Dollard looks forward to measuring the quality of such programs.

Take action today and join us and stay informed about ways you can advocate for Florida’s children.