Civil citations keep kids in school, out of jail 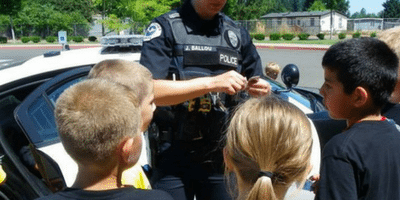 As the new school year begins, many counties are looking at ways to keep students in class and out of jail by employing the use of civil citations instead of arrests for minor, non-violent offenses. Orange County is one central Florida district pledging to increase their use of civil citations in an intentional effort to reduce the number of children with criminal records.

“Rather than arresting children, we are using civil citations in the law enforcement community in much larger numbers than have previously been used in Central Florida,” Superintendent Barbara Jenkins said.

Orange County issued civil citations to 48 percent of the youths who were eligible during the 2016-17 fiscal year, compared with 54 percent statewide, according to the Florida Department of Juvenile Justice.

Issuing a civil citation, rather than making an arrest, helps keep students in class, Jenkins said, and students who enter the criminal justice system are less likely to finish school.

The agreement, signed last year, also says administrators and school resource officers should discuss petty misconduct and non-violent misdemeanors on their campuses, and if they agree, the school should handle the matter. Jenkins also said law enforcement agencies have agreed not to arrest students on-campus for crimes that occur off-campus.

Orange schools reported 6.4 arrests per 1,000 students during the 2015-16 school year, according to data from the Department of Juvenile Justice. Compared with the state’s other urban counties, Orange had fewer arrests per student than Hillsborough and Pinellas, but more than Miami-Dade, Broward, Palm Beach and Duval.

The district has already started issuing civil citations instead of arrests and had a 30 percent decrease of in-school arrests last year, said Bryan Holmes, chief of the Orange County Public Schools police department.

“This is not to say that we will avoid addressing serious crime — please, don’t think we’re going to make any excuses for that,” he said.

Daniel Dawson, administrative circuit judge for Orange County Juvenile court, said most teenagers who receive civil citations get back on track and stay out of the criminal justice system.

But during the past 20 to 30 years, he’s seen teenagers in court for matters that would likely have been handled by their school principals in the past. That’s partly because victims and their parents are more likely to push for arrests, he said.

“Thirty or 40 years ago they would make the kids go shake hands, now they want them charged with battery,” Dawson said.

He also said the schools have played a role.

“I do think some of the schools sometimes started going into a mindset that it was safest just to let law enforcement handle it, and let them take the kid away, than it was to just try and deal with it in the office,” Dawson said.  Orlando Sentinel

See how your county used civil citations in this 2016 report.

Sign up to stay informed of issues impacting students and their public schools.