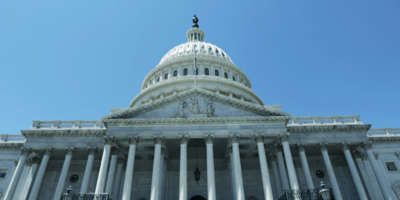 Today, President Obama will sign the Every Student Succeeds Act into law. Earlier this week, the House and Senate overwhelmingly passed the bill which is the replacement for No Child Left Behind. The new policy will hand much more control for education decisions to the states.

The bill, known as the Every Student Succeeds Act, replaces No Child Left Behind, the 2002 signature domestic initiative of President George W. Bush that amplified Washington’s role in local classrooms. That law created a national system that judged schools based on math and reading test scores and required schools to raise scores every year or face escalating penalties.

Every Student Succeeds erases that system and instead lets each state develop its own methods for judging school quality. The bill allows states to count other factors, such as whether a school offers challenging courses or the degree of parent involvement. States still will be required to test students annually in math and reading in grades three through eight and once in high school, and to publicly report the scores according to race, income, ethnicity, disability and whether students are English­language learners.

But states will decide what to do about the most troubled schools, those where test scores are in the lowest 5 percent, achievement gaps between groups of students are greatest, or where fewer than two­thirds of students graduate on time. And states will decide how to weigh test scores and whether or how to evaluate teachers. They would set their own goals and timelines for academic progress, though their plans must be approved by the federal Department of Education. Washington Post

National teachers unions and a bipartisan group of politicians are praising the bill and the relief it provides from the punitive measures found in No Child Left Behind. However, civil rights groups and other policy experts worry that a return to less federal oversight will allow subgroups of children to fall further behind as many states have significant achievement gaps for children of color. Most are hoping the new law will bring a significant reduction in the emphasis on standardized testing. But- those of us in Florida are unlikely to see many changes.

“The federal government won’t be dictating certain components of teacher evaluations and there will be fewer federal regulations,” said Mark Pudlow of the Florida Education Association, the state’s largest teacher union.

“But that doesn’t mean the state won’t continue to micromanage neighborhood schools. Florida started off on this path before No Child Left Behind was even implemented as a federal law, and we don’t think the current education leadership in Tallahassee is inclined to turn control back to local districts and school boards.”

State Sen. John Legg, who chairs the Florida Senate’s Education Committee, suggested that the flexibility allowed under the new provisions looks a lot like what’s already in place in Florida. Tampa Bay Times

Sign up to stay informed of issues impacting students, teachers and their schools.