How one superintendent is moving away from testing 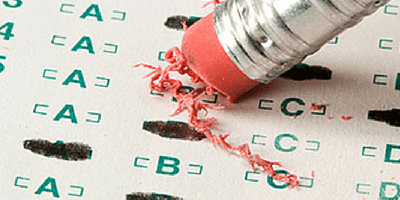 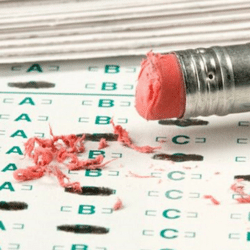 A Kentucky superintendent is phasing standardized testing out in favor of project based learning assessments.

Currently, there has been a growing backlash against standardized testing in K-12 education. Parents have long complained that their students are being overtested resulting in a loss of instruction time. Federal and state policies like No Child Left Behind have driven the hyper-testing phenomenon as bureaucrats are hungry for data on student, school, district and state performance. Professional educators consistently propose policies that employ a variety of assessment measures to inform their practice and help students achieve (and prove) mastery.

A superintendent in Kentucky is attempting to lead her state to a better way of assessing students– project-based learning.

Danville Independent is leading the state in a concept called project-based learning, a model that requires students not only to learn content but to prove that they can apply it so they are prepared for college or a career.

It’s a different kind of accountability system for schools, and Superintendent Carmen Coleman is not stopping there. With Kentucky Education Commissioner Terry Holliday’s backing, Coleman is preparing to ask state and federal officials for permission to eliminate two standardized tests that she considers meaningless.

“They have to take them, but we do not put any emphasis on them,” Coleman said.

“Our schools in so many ways have become about test prep. We’ve got to have kids graduating who can do more than respond to multiple-choice questions.”

Her goal is to eliminate Kentucky Performance Rating for Educational Progress and end-of-course tests for high school students. Those tests would be replaced with tests that reflect project-based learning.

Others are following the trend. George Washington University announced last week that they are dropping their testing requirement for most freshmen admissions. They are joining a growing list of colleges and universities that no longer demand SAT/ACT scores for admission decisions.

The announcement from the private university in the nation’s capital underscores a growing belief in some college admission circles that standardized tests are a barrier to recruiting disadvantaged students. While that view is sharply debated, many say it is possible to assemble a strong class without forcing applicants to submit a score from tests that critics say are culturally biased and often fail to reflect academic potential.

GWU administrators say they always seek well-rounded applicants by looking beyond test scores. But they have worried lately that anxiety about scores was leading some students to cross the school off their list.

Sign up to stay informed of issues impacting students and their public schools.