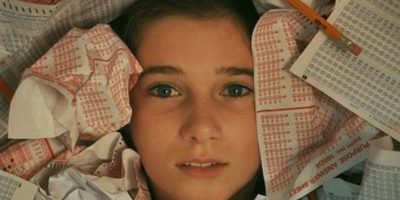 The Florida Standard’s Assessment (FSA) was given for the first time last March but final grading for the test has yet to be determined and there’s a lot riding on it. The test, given to all 3rd through 10th graders, determines grade retention, remediation and class placement. Students are also required to pass the 10th grade test to earn a high school diploma. Additionally, the scores determine school grades (which impact funding) as well as, 50% of a teacher’s professional evaluation.

A study ordered by the Florida Legislature declared the test to be “valid” despite numerous issues with the test and implementation. Although the overall finding verified the validity of the test, the study found as many a 30% of the test items were not aligned with the Florida Standards. The administration of the test was also plagued by technical problems including the testing system “crashing” several times during the testing period.

Florida’s 67 school superintendents issued a statement saying they had lost all confidence in Florida’s accountability system in September. They asked that the state suspend school grades this year because one of the required elements in the grade, year over year student “growth”, cannot be calculated with only one year of test scores. Florida School Boards Association, the Florida PTA, the Florida Education Association and numerous other groups and individuals joined them in calling for change.

Commissioner of Education Stewart released her recommended passing, or “cut”, scores in September. Each time a new test is implemented “cut” scores must be set after a lengthy process involving the input of hundreds of teachers and other leaders. The recommendations are now in a mandated 90 day legislative review period.

The Board of Education pushed to reject Stewart’s recommendations and proposed setting the scores much higher. During the last Board meeting, some members expressed a desire to see the cut scores set much higher than recommended by the Commissioner. This could cause more than 70% of Florida’s students to fail along with hundreds of schools across the state.

Commissioner Stewart confirmed that she was sticking with her original recommendation for cut scores. Despite discussion by the Board of Education and pressure from business groups, the Commissioner continues to recommend that the cut scores brought forward through the public process be honored. The school superintendents, many parents and members of the public also called on the Board of Education to respect the process that produced the recommended scores.

FSA scores are currently being released to parents but the reports show only a percentile ranking that compares the student’s performance to the rest of the state since proficiency levels and passing scores have not been set yet.

The Board of Education is set to discuss the matter on December 4th on a conference call and set the scores in their meeting on January 6th. Once the scores are set, the Department of Education will release school grades and parents will be informed of their child’s status.

Send a quick email to all of your elected officials using our easy online tool. Tell them that Florida’s accountability system has failed. Our students and teachers deserve better. Tell them to stop putting so many high stakes on one flawed test and get back to real teaching and learning.