FL Superintendents “have lost confidence in the accountability system” 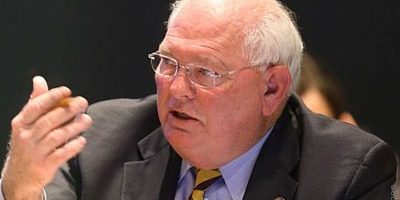 Florida’s superintendents issued a strong statement today announcing that they “have lost confidence in the current accountability system for the students of the State of Florida.” The comments were released in response to Commissioner of Education Pam Stewart’s position that the state’s assessments are valid and should be used to grade schools, evaluate teachers and determine graduation and retention for students.

The Florida Board of Education has the final say in determining the passing or “cut” scores for the controversial Florida Standards Assessment given in the spring for the first time and was plagued with problems. Public outcry drove the legislature to require the independent validity study that Commissioner Stewart is now using to justify the release of schools grades. While cut scores have not been determined yet- John Padget, Vice Chair of Florida’s Board of Education, wrote last week that he is in favor of “raising the bar as high as possible” and the initial draft set cut scores too low.

63 of the state’s 67 superintendents met for two days in Tampa this week before they released their statement. It went on to say:

The Florida Association of District School Superintendents have long held the position that the scores should not be used to grade schools this year. Last year, they called for 2015 results to be used as a baseline while teachers and students transitioned to new standards and a new assessment. According to the Tampa Bay Times, the superintendents felt that they had to make a stronger statement this week than their previous ones:

“We have a professional and moral responsibility to do what’s right for our students, our teachers and the community,” Broward County superintendent Robert Runcie said. “The position we’re taking reflects that.”

Pinellas County superintendent Mike Grego added, “The association is trying to address the concerns we’re hearing at school boards across the state.”

Montford stressed that the superintendents are not looking to dump the accountability system. They want to see it repaired before it loses all credibility, he said.

Superintendents “have been there. They have taken a lot of criticism from parents, and other professionals, because of their support and participation in it,” he said. “Superintendents in Florida have reached a point where they cannot support the accountability system as it is moving forward.”

In the meantime, districts across the state are waiting for the Commissioner’s recommendation for final cut scores. They could be released at any time.

Click below to easily send an email to your elected officials. Tell them this year’s results should not be used to hurt students, teachers or their schools.