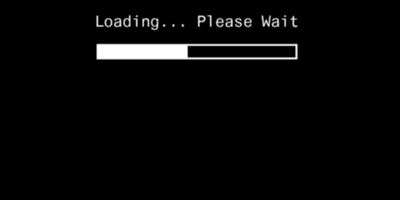 As recently as Wednesday, there were still reports of major testing problems happening in school districts across the state. Florida lawmakers had passed a series of laws requiring everything from annual tests in every subject (resulting in 7 “final exams” for kindergarteners in some districts) to adopting new standards for Kindergarten through 12th grade to adopting a new statewide standardized exam for grades 3-11th. These mandates resulted in a perfect storm this school year. (Note: Hillsborough County handles testing a bit differently because they have had their own district final exams for many years but most other districts had to implement them this school year in order to comply with the teacher evaluation system passed by the legislature in 2011. To review Hillsborough’s position on testing read Acting Superintendent Jeff Eakin’s editorial here.)

It’s been a familiar refrain this spring: Students across the state sit down to take a computerized test mandated by law, and they can’t log on. Or they can, but then they get logged off. Or something else goes wrong and the tests are tossed. Most of the issues have been blamed on the state’s testing vendor or cyber attacks, adding fuel to critics who say the state rushed into a new system. And all the technical problems come amid philosophical objections to the testing, which parents and local school district leaders say put undue stress on students and assess little more than their ability to take a test. (Tampa Bay Times)

March 2nd was opening day for the new statewide Florida Standards Assessment and it failed miserably. More than half of the districts in the state reported trouble accessing the test and many cancelled testing until the problems could be identified.

March 3rd didn’t prove to be much better so, many districts suspended testing until the Department of Education to assure them that the problems were resolved.

April 23rd brought another round of problems and many districts had to suspend testing once again.

May 13th delivered more bad news as Civics, Biology, and US History students were unable to log into their state required end of course exams.

May 20th brought similar problems to students in Palm Beach and Broward County as districts were forced to suspend and delay testing.

Along the way, Algebra students in Lake and Pasco Counties had their tests invalidated because proctors allowed the wrong calculators due to incomplete instructions from the Department of Education.

Schools have been administering state required tests since March 2nd and they’re not quite finished. Stay tuned to see what happens next!

Click here if you’re frustrated by the state’s use of testing and constantly changing requirements and become an Alliance Advocate. Join our mailing list today to stay informed.